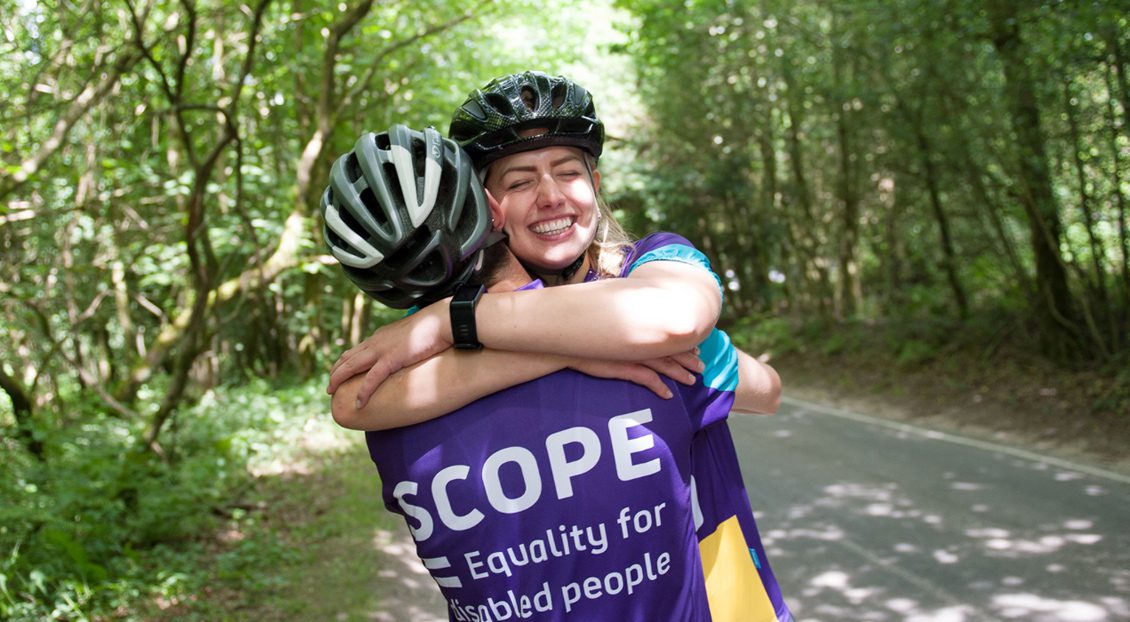 Scope have been rebranded by The Team, focussing on the equals symbol, in an effort to highlight its aim in making the UK a better place for people with conditions and disabilities  to “work and live”.

The rebrand is centred on the charity push for “a fairer society for disabled people”.

Scope is a national charity which supports those with disabilities and they also campaign for rights, as well as living and working conditions. Some of the services Scope provides are practical advice and emotional support via its online forum and also through its helpline. They offer employment services and community engagement programmes.

The Team have worked in collaboration with Scope’s in-house design team, with the project completed in a two week period with both teams working together.

The new logo which includes “Scope” set in Hargreaves typeface, a new sans-serif font, named after Bill Hargreaves, the first person with a disability to sit on Scope’s council. The new logo is used alongside an equal sign (“=”) in addition to the strapline “Equality for disabled people”, against a purple background.

The secondary colour palette which is made up of teal and off-white, has been used with the primary colour palette of purple and white in communications, and a series of illustrative artworks have been created with the idea of representing a wide range of people with varied disabilities says creative lead at The Team, Clare Wilson.

One example is that Hargreaves typeface has a large x-height, large spacing between each letter and open counters with no ambiguity between the characters, such as capital “I” and the number “1” symbols. 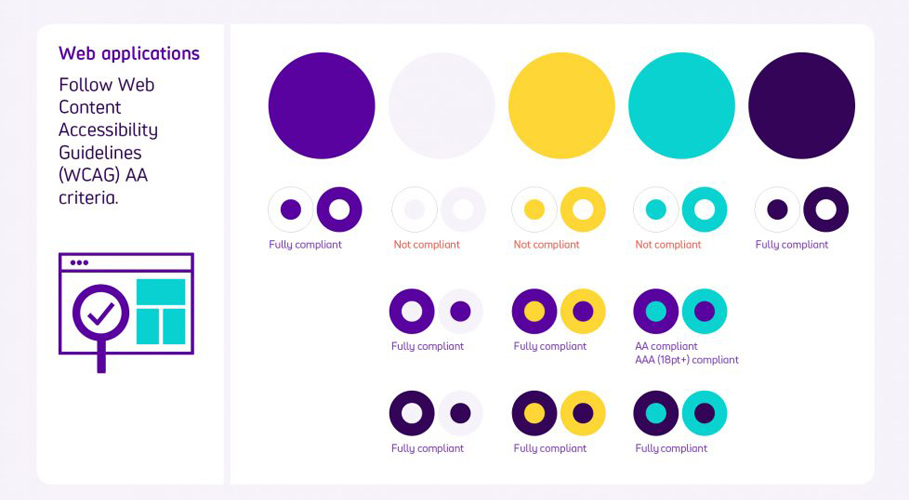 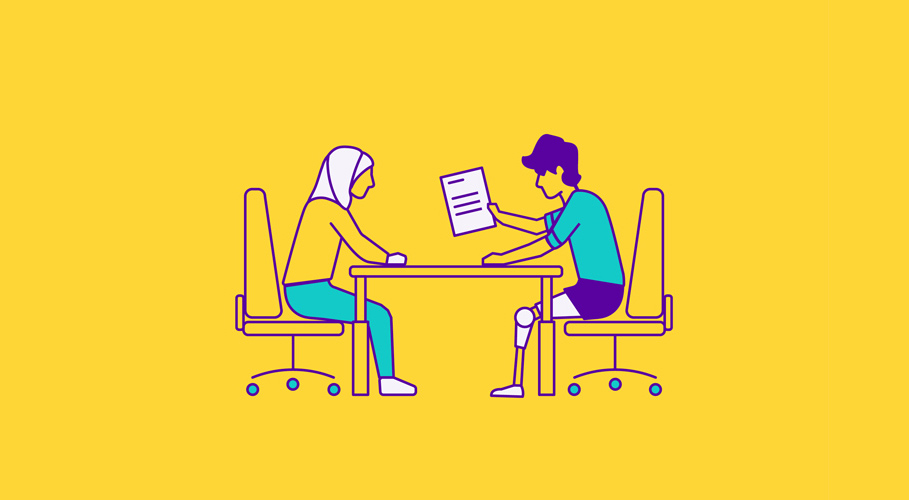 The purple colour previously used has been retained with yellow being added to the mix for high contrast. The off-white gives a reduction in  screen glare and is also easier to read than white as a background colour, adds Wilson.

A series of photographs have been created to show “life in the round, the good and bad days”, says Wilson, which it is hoped will show that the brand is “sensitive and authentic”. A pan disability focus group was consulted during the design process to help with legibility issues, informing the design teams what they found easiest to read.

The point of the rebrand is to create awareness of the need for a more equal society, but also to bring to light the issues of disability discrimination and how far there is to go to win the fight against it. 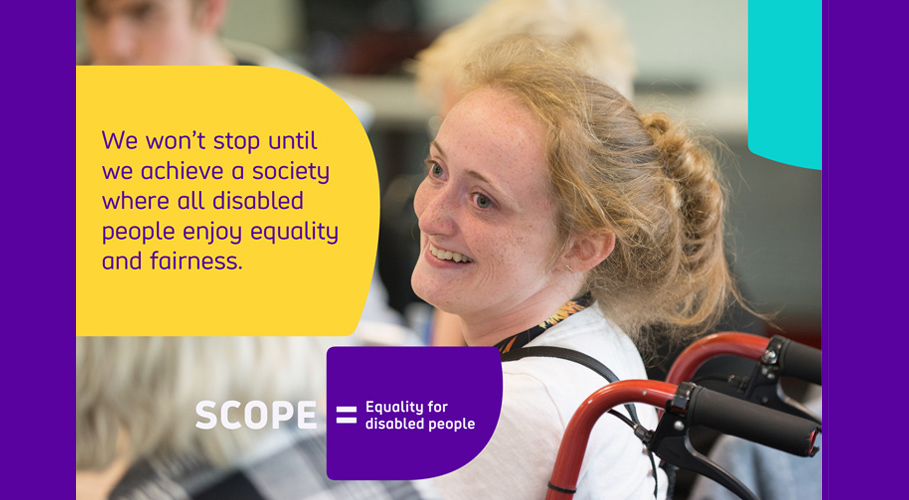 “There have been so many voices around equality, particularly around gender equality and racial discrimination, but the big movement for disability equality has never really arrived. We thought it might after the 2012 Paralympic Games, but it hasn’t. Looking at the United Nations’ Sustainability Development goals, of which there are 17, there’s not one that’s precisely for disabled people. Scope are looking to lead the movement on this, and make the UK a fairer place for disabled people to work and live,” Wilson says.

The branding is currently in the process of going live across print and marketing, merchandise, staff uniforms, wayfinding, signage and online platforms which include the website.