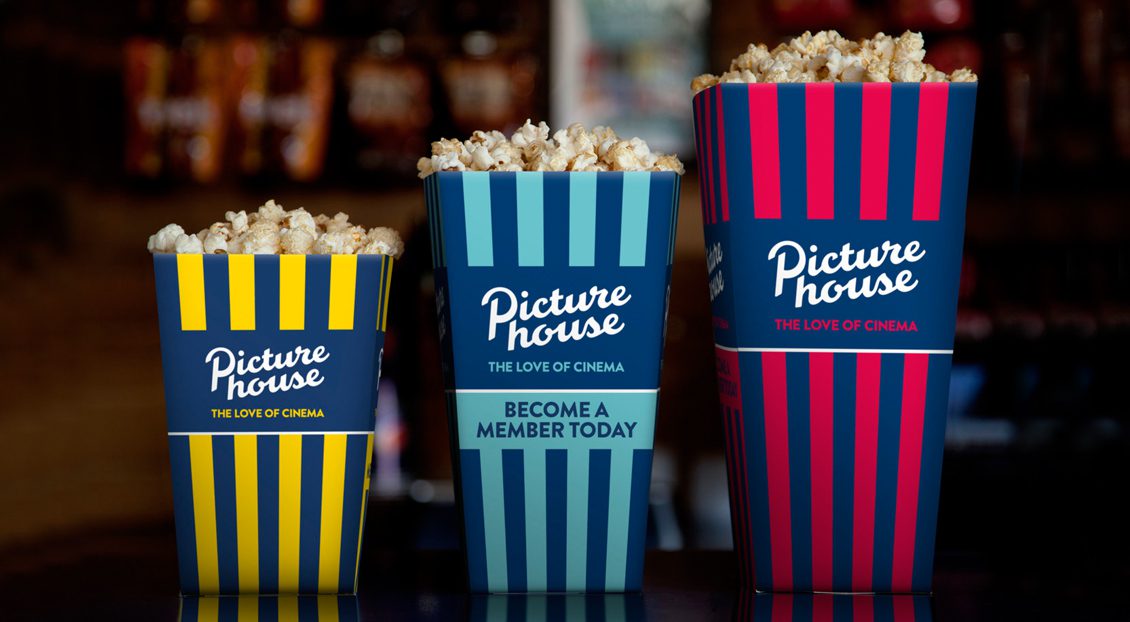 Picturehouse cinemas have rebranded in an effort to increase consistency across its different venues during its 30th anniversary year.

The cinema group currently has 25 cinemas across the UK, with each one set in venues that display standout architecture and interiors which span from traditional theatre houses to glass buildings. 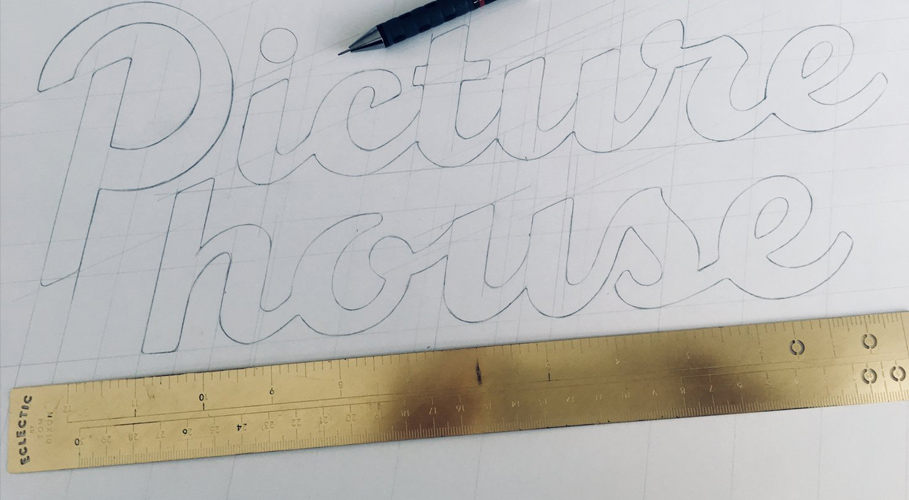 In 2012 the decision was made to give each venue its own personalised logo to promote what made that venue unique, but according to Paul Stapleton who is the in-house designer at Picturehouse and who is leading the current project, this nullified the effect of the Picturehouse brand logo that sat alongside it.

The individual logos are now being replaced by the new branding which has been designed by the in-house design team working alongside hand lettering artist Alison Carmichael. They are being substituted  by a single logo which consists of the word “Picturehouse” in a bespoke hand written script typeface set on two lines.

The purpose of the new identity is to bring the name to the forefront of the brand says Paul Stapleton while also “preserving and celebrating the company’s heritage and independent approach”. 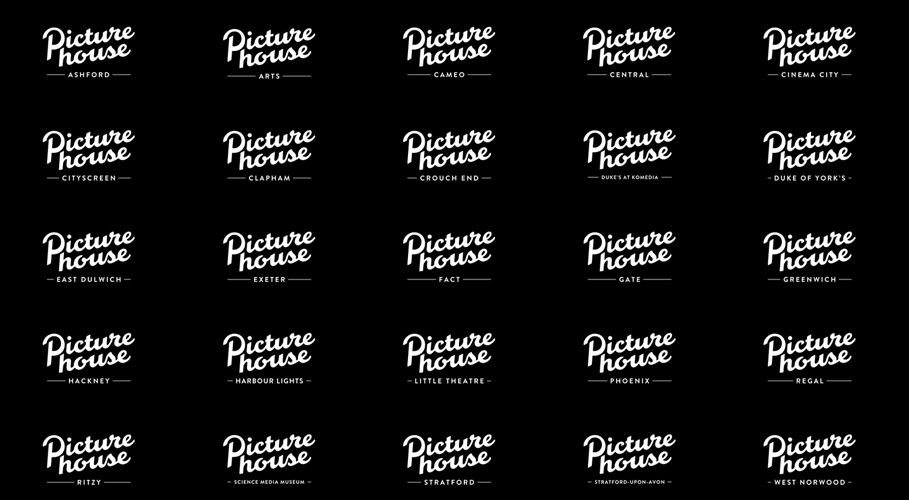 The new logo is being paired up with individual cinema venue names to create a series of logo lock-ups with the intention of promoting brand consistency.

The new typeface has been changed from a brush script style to a joined up, handwritten style which slants upwards and to the right. The name of each venue is set underneath the logo in a capitalised sans serif typeface, with horizontal lines either side of the name.

The primary colour of the Picturehouse logo is black and white but each individual cinema venue will have its own unique three-colour palette which are picked specifically according to the venue’s interiors and architecture.

A typographic system has also been developed, brand guidelines created and graphic devices introduced which create a “single brand system” and this will be applied to all existing cinemas and any new ones added, says Stapleton. 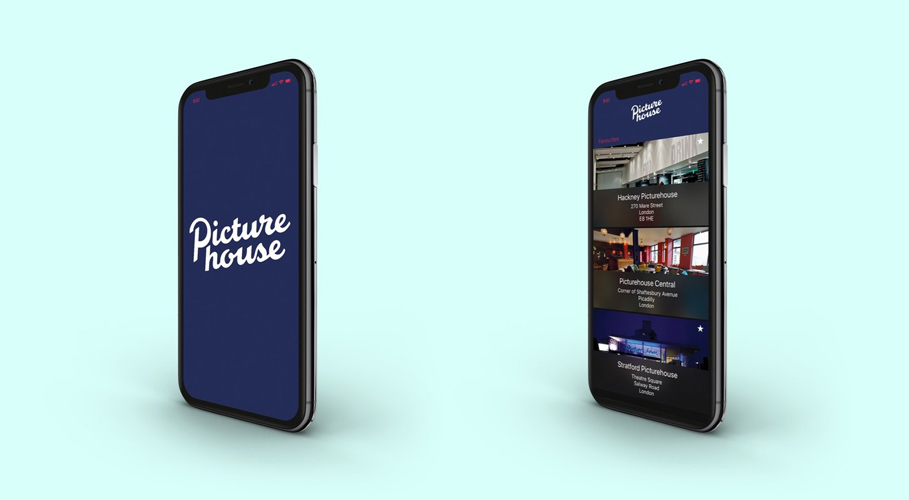 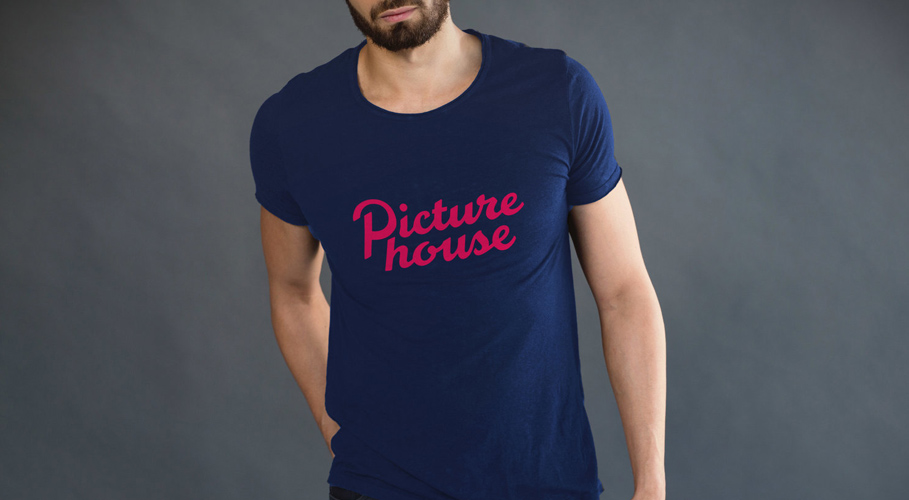 The chosen primary typeface for the branding is Brandon Grotesque as it is “impactful and legible for cinema messaging” says Stapleton. The secondary typeface chosen is the Stag font family, consisting of both serif and sans-serif types, and will be used for other body copy.

The new branding is rolling out across all touchpoints including cinema signage, membership cards, menus and food packaging and the Picturehouse website and app.