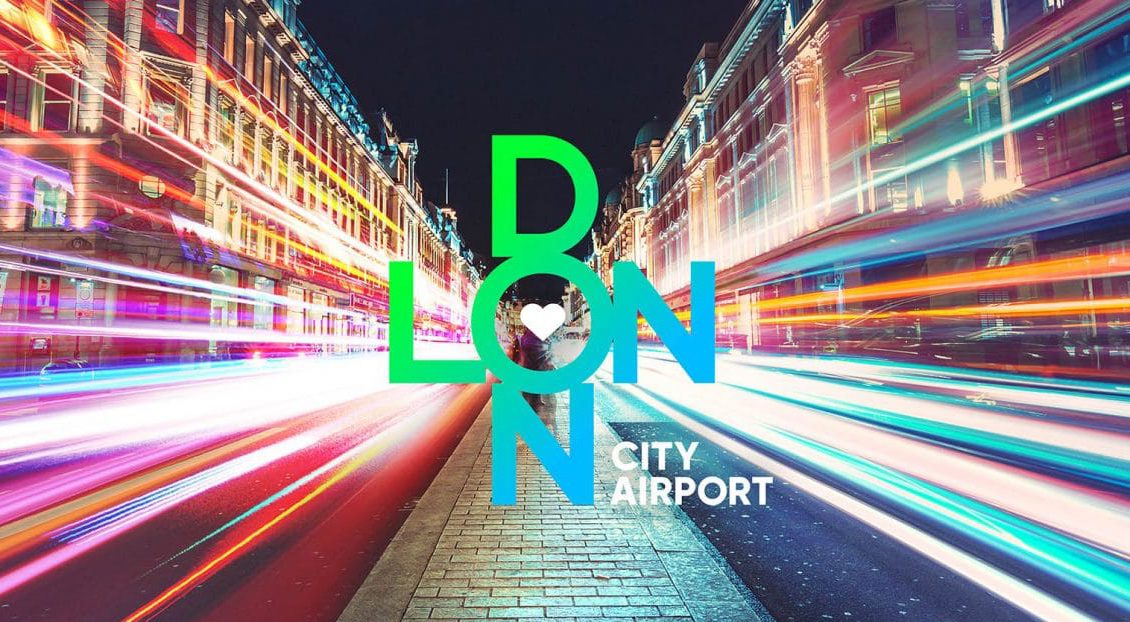 London City Airport has been rebranded by The Allotment and the new identity consists of a new heart symbol which references the location of the airport in the middle of London. The new identity uses a green and blue colour palette to engage a wider audience.

The new visual identity has been designed to strengthen its position in the centre of the capital city. 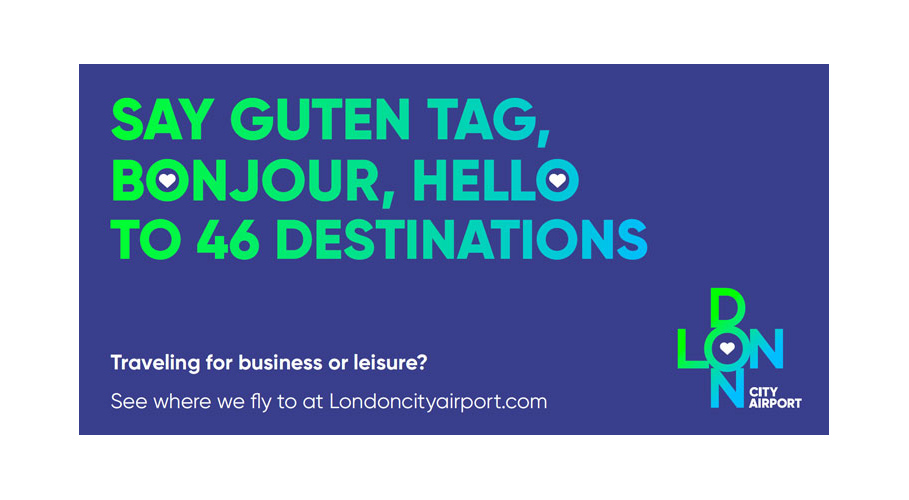 The rebrand corresponds with a £500 million four year development programme, taking in new terminal facilities, more space for passengers and increasing the number of flights from the airport.

The Allotment have designed a “contemporary” brand identity for the airport, says Paul Middlebrook, the studio’s managing director. “The main aim of the rebrand is to reinforce London City Airport’s role as London’s most central airport. It is really about the airport being at the heart of London and to reflect how it is now appealing to a mix of passengers, particularly leisure travellers,” says Middlebrook. 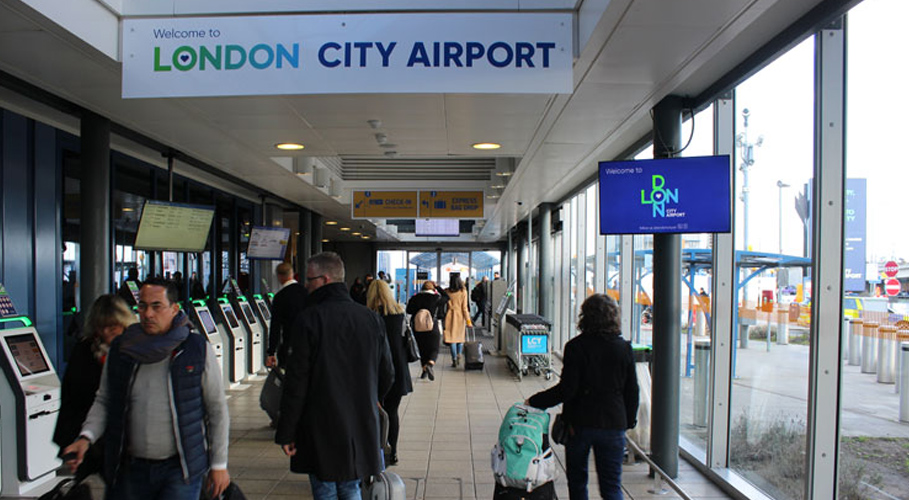 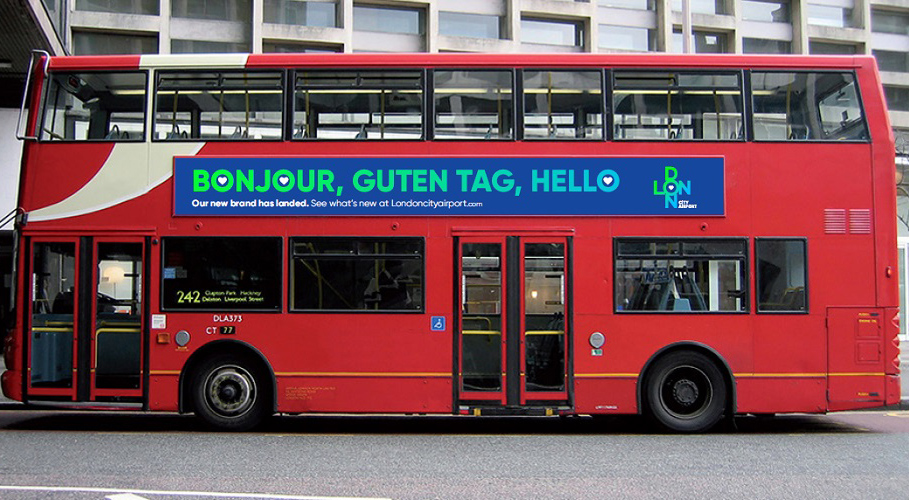 The new logo spells “London” using only one letter “O”, with the heart shape placed in the middle. The letters are put together in the shape of a plus sign.

The typeface used for the branding is an adapted version of a sans-serif type called Gilroy which has been modified by the design studio. Middlebrook says the Gilroy has been used as the main typeface because it is “clear” and “familiar”.

The logo is presented in various formats. Some of the variations the heart and and words “city airport” appear in blue and in other variants they appear in white. 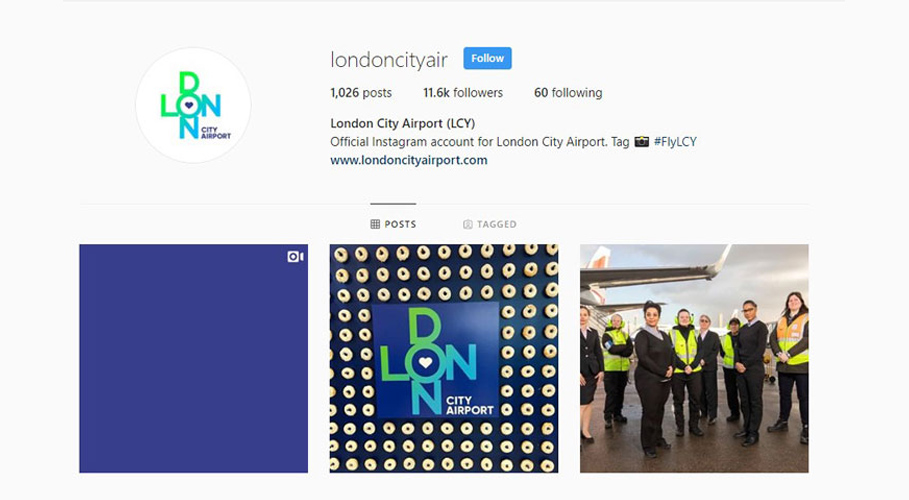 The colour palette uses the “vivid” colours to reflect the landmarks and elements around the city, say the airport, with bright green a reference to the famous London parks and the blue representing the River Thames, where the airport is situated.

“London City Airport was built on the docks — it is very much connected to the Thames and to London itself. East London is a very vibrant community now, it is one of the fastest growing areas in London and there is real buzz about it. We wanted to create an identity that reflects that dynamism,” says Middlebrook.

The Allotment have also devised a tone of voice for the branding, which they hope will be “warm, caring, open and straightforward”. Design studio Intercity have created the signage for the airport and consultancy Bright Innovation have updated the website.

The new branding has rolled out and is live across all touchpoints, including social media and the website, while the signage and other physical touchpoints will be rolled out over the coming months. Design studio Cravens have also launched an outdoor advertising campaign which will introduce the new look around London and on the site of the airport.