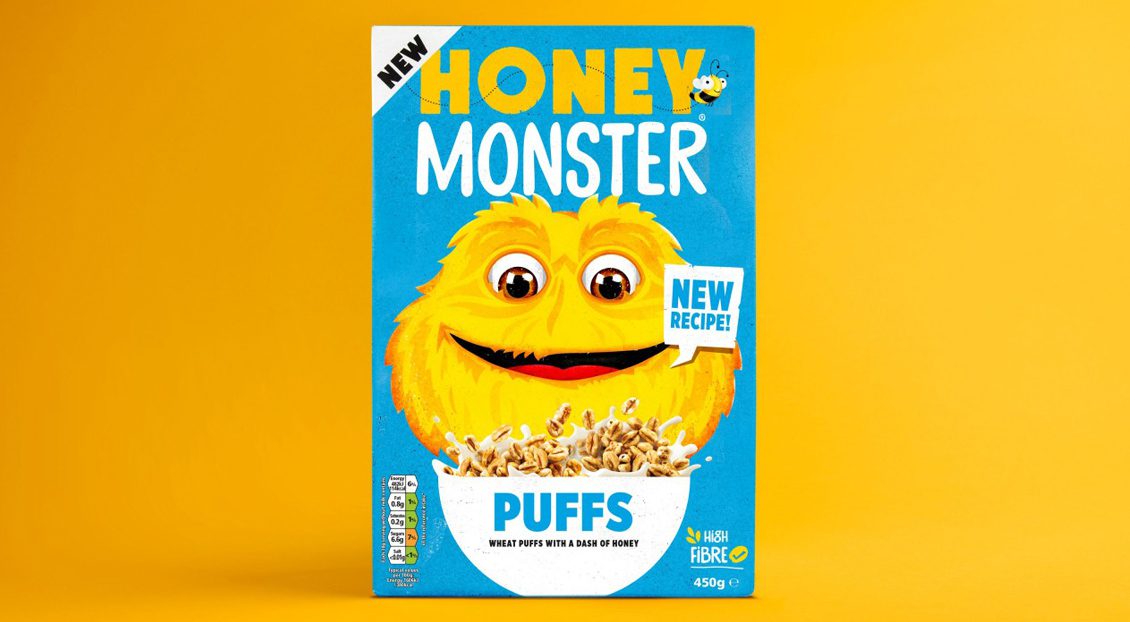 Honey Monster Puffs, known for the big yellow monster used in TV ads, have opted for a natural look for their rebrand to reflect the recipe change which brings the sugar content just within the guideline boundary.

The cereal has dropped its sugar content by 25% and felt that this should be mirrored in the branding used of the cereal. Robot Food, a studio which specialises in product and food packaging design worked on the rebrand. 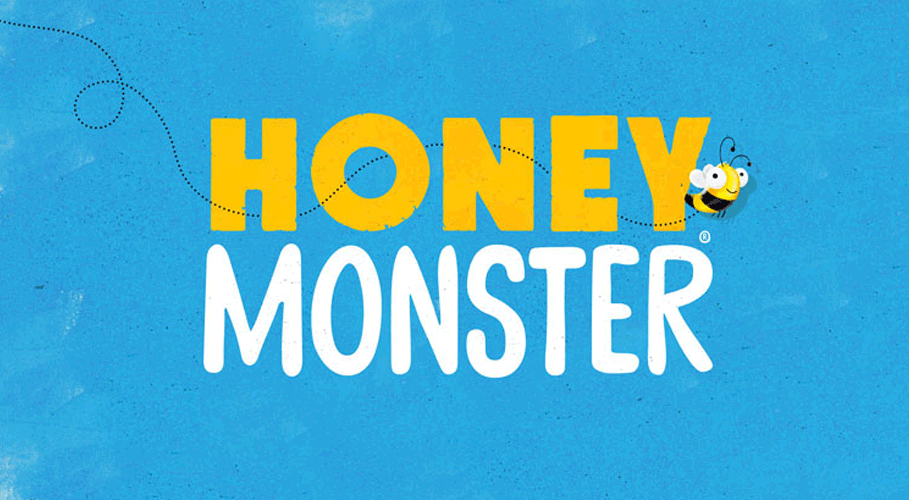 The consultancy dropped the red “warning sign-esque” Honey Monster Puffs logotype for a yellow and white version which is flat in appearance.

The more realistic photographic packing previously used has been dropped for an illustrative version, with the scenic imagery using sky and grass being removed and replaced by a blue, textured background, with a now exclusive blue and yellow palette. 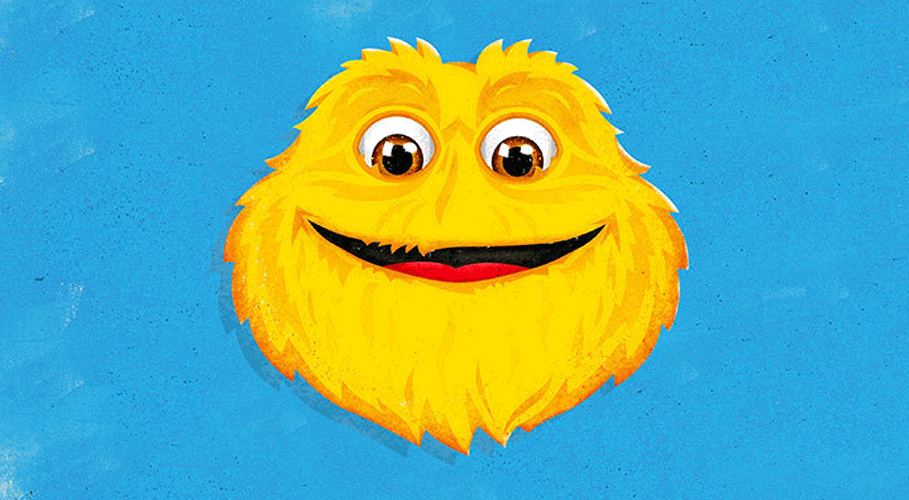 The synonymous yellow monster is retained but has been redrawn which, says Mike Johns, Robot Food senior designer, gives the branding a “naïve, storybook feel”.

“We thought the honey monster was a bit creepy, so we took away the realism and modernised it. The character still engages by looking at the consumer, but we’ve made it more personable.” says Johns. 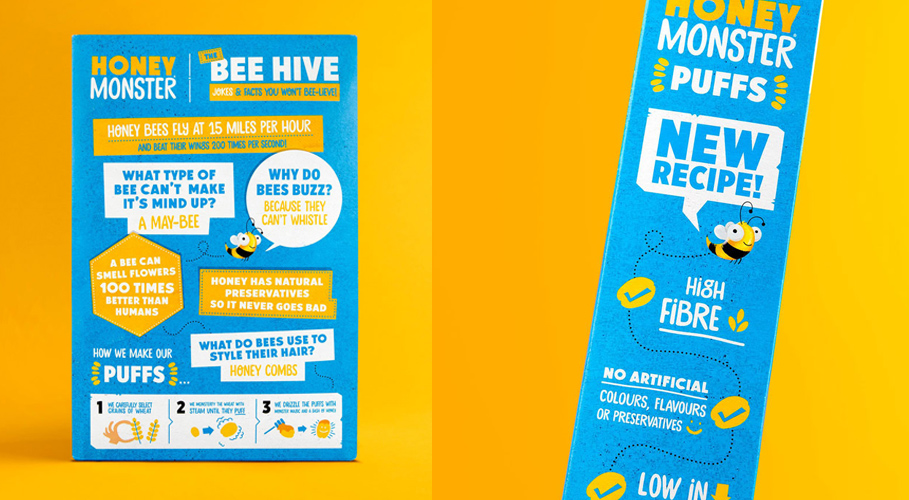 The new style is also evident on the back of the packaging, where infographics are used to illustrate how Honey Monster Puffs are made, along with “tongue-in-cheek” jokes to “interact” with customers that buy the product.

Honey Monster Puffs have reduced the sugar content from 29g per 100g to 22g, which squeezes just in to the 22.5g boundary amount which defines a product “high in sugar”, according to the NHS.

This gives Honey Monster Puffs an amber coding which drops from a red in the traffic light system used on food packaging. The recipe update follows the change of name for the brand which was previously know as Sugar Puffs.

Johns said “We’ve got rid of the nasties from the design and made it purer and more natural, with less computer-generated imagery (CGI). We feel we’re allowed to do this thanks to the new recipe with less sugar. The main thing was to modernise the dated design.” The intention claims Johns is to aim for the main target group of children but also to reach out to the adult market.

An animation was also created to accompany the rebrand, which was completed by Peepshow consultancy. The new Honey Monster Puffs branding rolls out across the country from April.