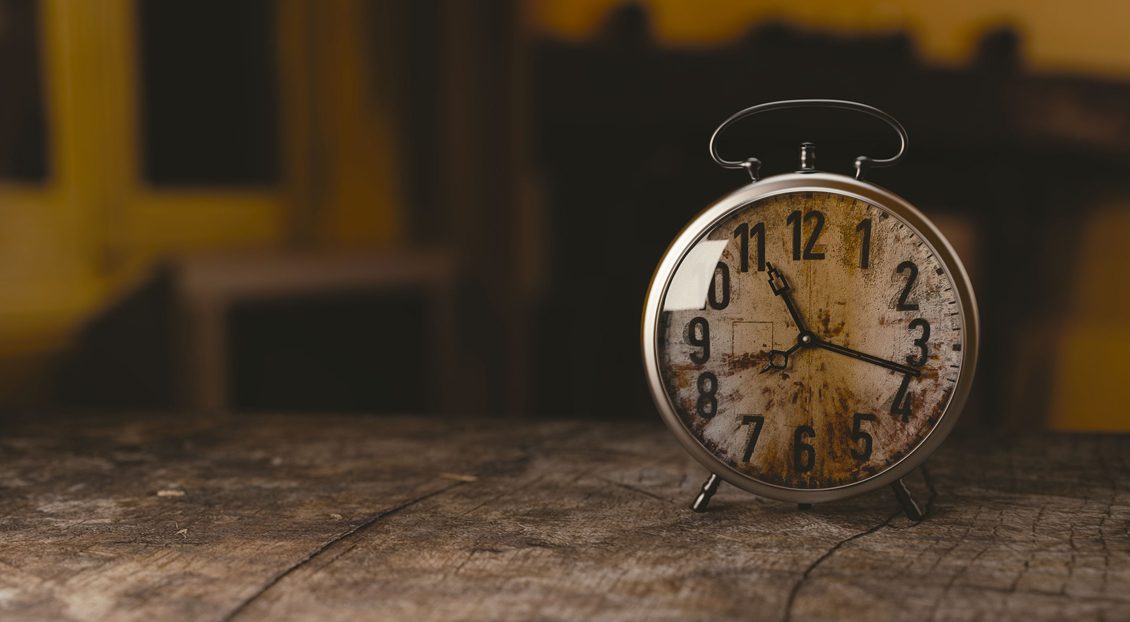 The branding process for a company or organisation can vary considerably from one project to the next. There are so many factors that need to be considered to ensure that the work is completed efficiently and to the highest possible standard.

So how long does the branding process take to complete?

It’s a common question asked by clients and a fair one. The client needs the identity to move forward. The visual identity is the company face and personality, and is the first point of contact that the consumer has with a brand.

Bear in mind all designers’ work differently. For example, one may charge by the project and what is involved, another may charge by the hour. There are no hard and fast rules, no right or wrong. The graphic designer will have their own way of working for a reason but if the end product is one the client is happy with then it really makes no difference how they get there as long as every stage is completed properly.

It’s also worth remembering that the question here is about brand identity. A brand can take years to establish. An identity is what you see and what makes your brand recognisable. A brand is the bits you don’t see but which are just as important.

Budget and rate of pay

The clients’ budget for a project is the starting point. It’s funnily enough the least appealing to the client for obvious reasons but it gives the designer a reference point as to what the client ultimately wants from their brand identity and how long it will take to achieve it.

I work to an hourly rate. After knowing what is involved in full, I then calculate how long I anticipate the project to last and quote from there. When working out duration versus budget there is always a degree of flexibility and compromise required by both parties.

Budget doesn’t mean that if a client comes to you with a figure of £xxxx.xx that’s what you have to spend. It’s up to the designer to try to stay within the budget and save the client some money, especially as most will be trying to start-up. However, it also works the other way too, when a client needs to understand that the designer isn’t there to work for free. This is a common problem facing designers at the moment and one which is harming the industry.

Amendments can be a problem during a branding process and some designers stipulate a set amount of rounds they will complete before requesting that the client pay for further changes. I have been known to do this and it is essential in some cases because amendments during a project can force the completion back weeks because the designer has got bogged down with unnecessary changes. If the rules aren’t set in stone and agreed at the beginning the it can sometimes turn the working relationship sour which nobody wants.

Research into the business or organisation and the market of the business can take up to a week. It needs to be remembered that the designer needs to channel into a market that they have often not encountered before, and learn it to the point where they know how and why it works. Add to that the company history which is valuable in making the business unique and attractive to the consumer. Unfortunately, if a company is serious about themselves and the direction they want to be heading then there are no shortcuts at this stage of the branding process.

It’s vital that this stage is done properly, allowing the designer to digest as much information as possible while also being as honest with them as possible, answering any questions they may have. The client may have information that they consider useless but it might be what makes the branding click in the long run.

Of course, as with anything, if a client doesn’t feel it is necessary to take more than a couple of days then it’s their call, but it may mean that the designer will need to use their judgement of the business without fully researching it. 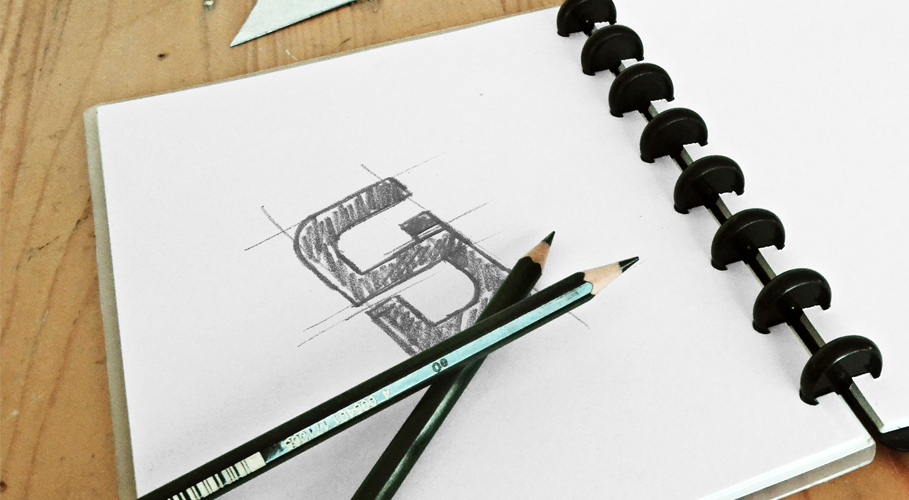 In my opinion this is the most important part of the branding process for the designer in creating the identity. They have the research and company background and this is when the ideas are put to paper.

Some ‘designers’ will sometimes skip this phase and jump straight onto their computer. This stifles the creative process. Our minds can work quicker than our hands and when we are working on a computer the whole things slows down. We are then forced into being intricate, we spend too long on an idea that clearly isn’t going anywhere while we could be knocking out 4-5 ideas on a sketchpad in the same amount of time as it takes to do one on a Mac. The ideas are being limited.

With a trusty pencil and sketchpad a designer can come up with tens of ideas. They don’t have to be pretty and detailed, they just have to mean something to the designer. Many of them won’t see the light of day but during working on paper there could be 10-15 ideas that have a possibility of working for the brand identity.

The designer will be looking at them and seeing if there is longevity, possible consistency with mark applications, they will be matching typefaces to them in their heads, applying colour in their minds eye, considering identity extensions which would work where and how…the list is endless.

Or they could be sat on a computer making their one idea look nice.

The visual identity is the face of the brand and needs to be recognisable, memorable and the designer at this stage of the branding process is fully aware of this. They are three steps ahead of this stage already right now.

This is where the sketches are looked at and the weaker ideas are discarded. The designer will usually cut the number of variations down to 3 or 4. This can depend on the size and also the nature of the business. This is to help not only the designer but also the client. A graphic designer is trained and has the experience to know what will work and what won’t. When a client is faced with 10-20 options it makes the choice extremely hard and also will result in the client wanting to ‘take a bit from there and put it on there’ which helps no-one and usually ends up not coming to anything anyway.

The designer will pick the handful of ideas that they believe will be a good fit for the company identity. They will then apply them onto computer.

These are the ideas that will be presented to the client and will be the first chance they have to see them. They will sometimes be converted into mock-ups to show the identities in situ, allowing the client to get an idea of how the marks and identity will work as a brand, using familiar, common formats for the business in question. i.e. on drink bottles for a lager company, on packaging for a food company, etc.

Sometimes the client will ask to see the identities in different scenarios than those presented to compare them. This is normal.

By this stage of the branding process the identity brand mark has been decided upon. It is then tweaked and cleaned up by the designer.

I work in mono up until this point. The reasoning behind this is that when you are deciding upon a logomark you need to see them all in the same light. Once colour is added then it influences decisions and can make the process much harder. If all the logos look the same then they’re judged equally. The elimination process is much easier to do in this way.

Because of the way I work it is at this point that colour is introduced. If a rough colour palette has already been discussed I’ll apply that. If not I’ll work on a palette that I believe fits with the company and ties into the brand identity. This can be tweaked and adjusted too. Colour is a huge part of a branding, as big as the mark itself, so it needs to be right. Consumers can usually tell a brand by colour alone in may cases.

Once the client is happy with the identity logo then it’s finalised and signed off.

So the logomark has been agreed and now finally the visual identity is ready to apply across the brand.

This is different for every job. It is relative to the business that the brand identity is being designed for. If the requirement is simply to apply to business cards, letterheads and stationery then it could take a week. If it’s for a medium-to-large business then the branding process could take months. The BBC identity, for example, can take years from start to finish.

This part of the process is heavily outsourced. This means that it isn’t down to the designer how long things take. Printers have time slots and they allocate them where they can to fit everyone in. Also, if a company requires a print run of say 100,000 flyers then it will obviously take longer to get back than a company that requires 1,000, simply because of the allocated print run schedule.

Some design agencies will have an in-house print facility, but this may not be viable for huge runs.

I have used very loose timescales here because it’s impossible to give accurate answers when there are so many different possibilities. On average, a client will be looking at approximately 3 weeks before the brand identity goes to print or out to digital. Some jobs may take less time, some will take a lot longer, but for a standard budget, 21 days is what you should expect before the branding process is complete and ready to go to print or outsourced.