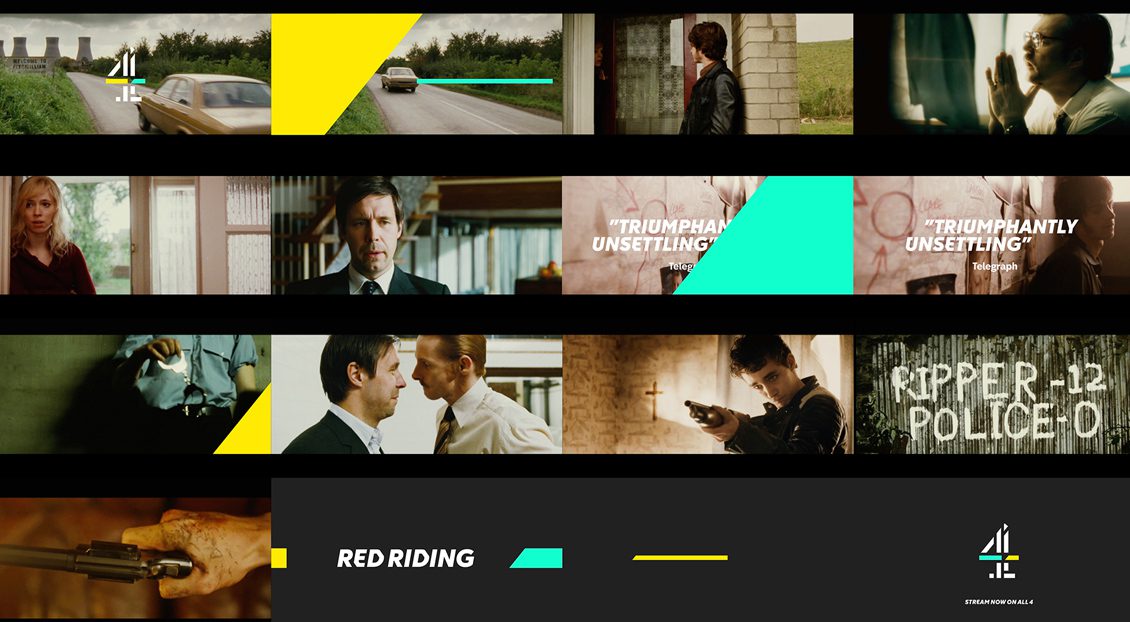 All 4, Channel 4’s on-demand servivce has been rebranded by its in-house design team, 4Creative and by DixonBaxi. The rebrand is focussed on a “constantly moving” animated play bar that represents the endless choice of TV shows that can be found online.

The rebrand features a new logo that brings together the block branding we are accustomed to with a new “play bar” icon, which is inspired by what users can see when they go online to stream.

Launched in 2006 as 4oD, the name was changed in  2015 to All 4. The rebrand was completed at the time by 4Creative alongside Magpie Studio and also We Are Seventeen. 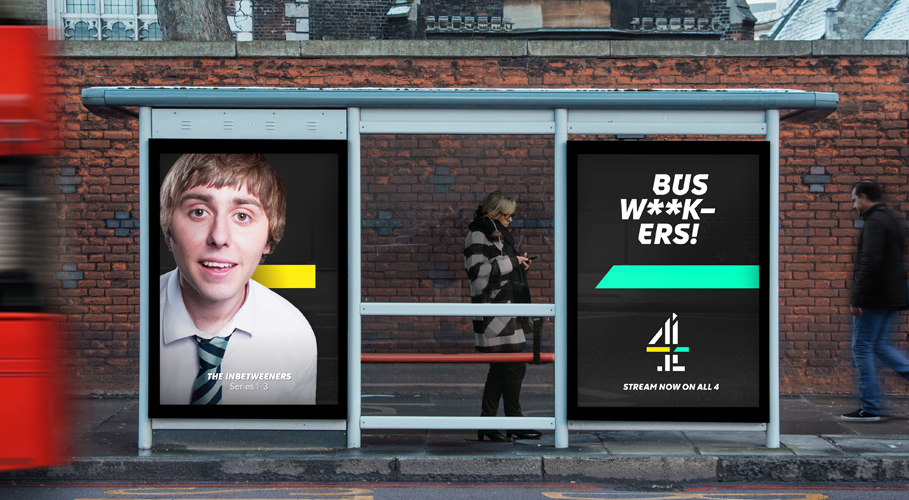 The new rebrand has been carried out by DixonBaxi who have worked with the in-house team, 4Creative. The rebrand has been centred on the “endless” content that is provided by online streaming, giving the user the chance to “binge-watch boxsets” and the ability to switch between different shows, says creative lead at DixonBaxi, Harry Ead.

The rebrand aims to also bring the All 4 branding in line with Channel 4. Channel 4’s separate channels which include 4Music, Film4 and More4 were brought in line with the same style in 2018.

The new logo is a number “4”, made up of many block shapes, reminiscent of the Lambie-Nairn logo of 1982 which was constructed of 3 dimensional blocks. Ead says that with a view to being “digital-first” the new logo is a flat graphic. 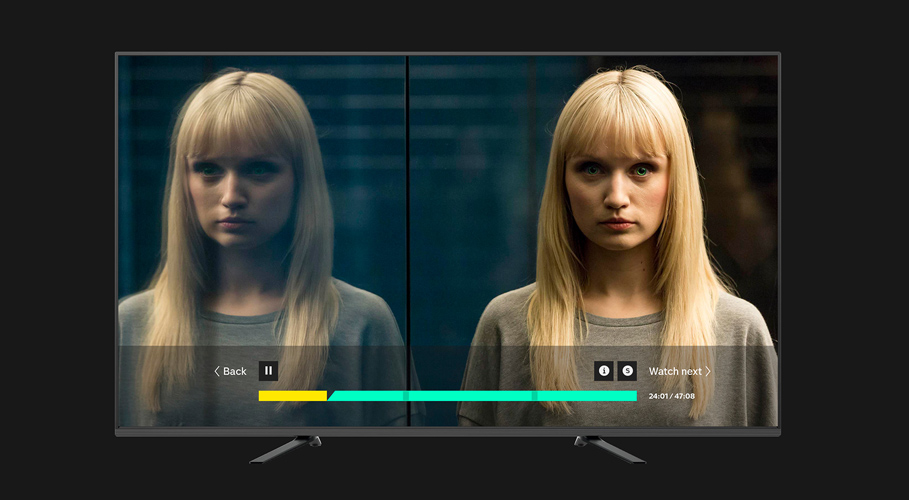 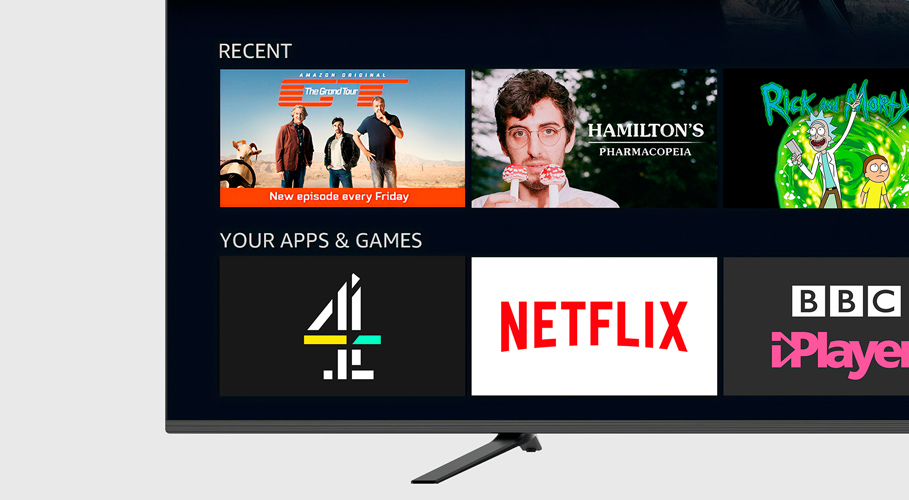 The logo is set against a dark grey background, which also features a bright yellow bar and a forward slanted “acidic green bar” in the middle of the number 4, which are representative of the play bar seen when users are actively streaming a show, moving as the programme progresses. The yellow part of the bar represents the part of the show already watched while the green section represents what is left.

The green colour has been adapted from a colour used by Channel 4 in the past, while the yellow is a new colour designed to complement the green says Ead.

The idea says Ead was for both the colours used and the play bar to distance themselves from the symbols and colours that are predominantly used and associated with streaming services. 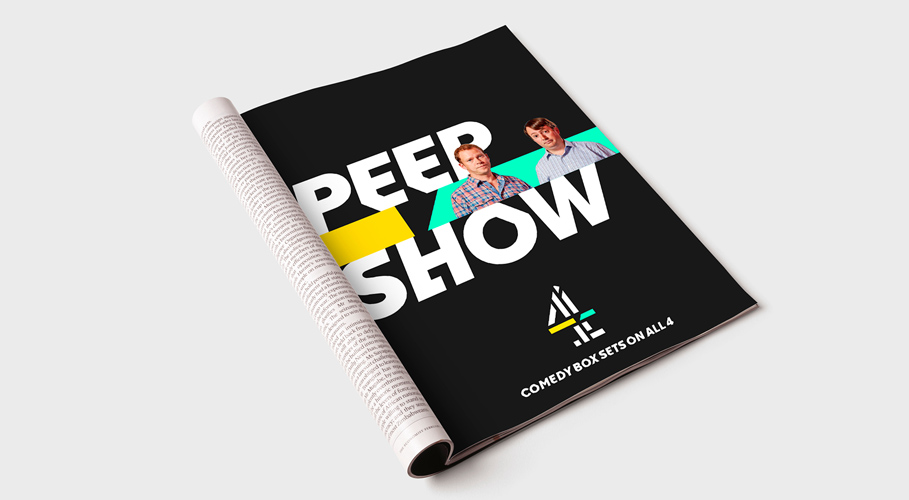 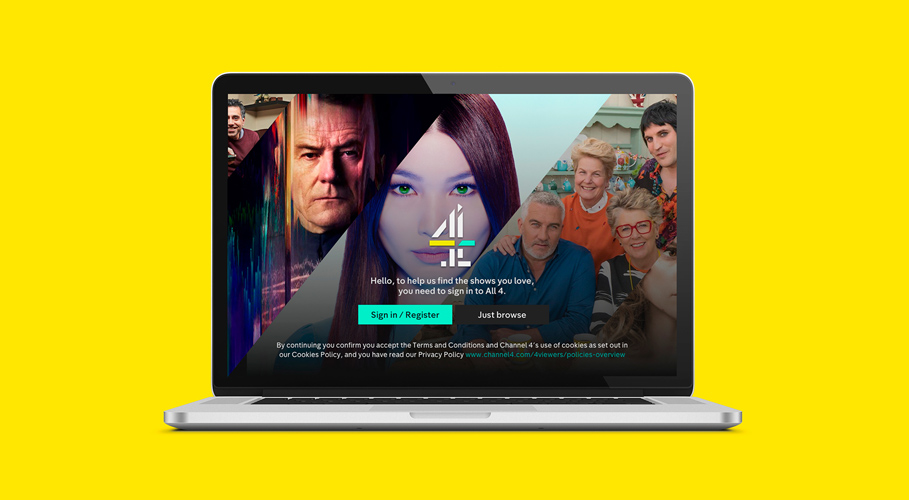 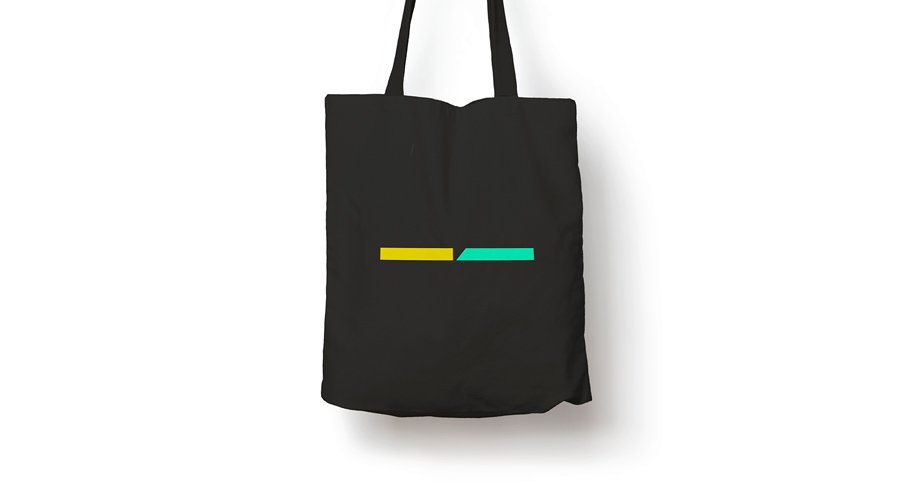 An animated version of the logo which will be used for digital and TV advertising of All 4 can be found which loops the yellow and green play bar emphasising the idea of “endless” content-watching, says Ead.

The forward slash of the teal coloured bar indicates “forward motion” adds Ead. The diagonal device is reflected in posters and banners, which show portions of images from a series of TV shows side by side which are separated by the slash symbol.

“[The slash] creates the idea of forward momentum and layering up these images with sharp diagonals captures the choice available. It gives this idea of flicking through lots of different content,” says Ead.

The yellow and green bar will also be built into the user interface of All 4’s online player, with the viewer soon to see the colours appear when they begin streaming, to increase brand recognition adds Ead.

A bespoke typeface was developed, called Headline 4, which uses italic to give the idea of forward motion. The typeface is used to advertise shows and is also bold and “super chunky” to establish a “distinctive and strong graphic aesthetic”, says Ead.

The new branding will be rolling out over the course of the next few months which will include the All 4 website, social channels, print and advertising collateral, and TV advertising and idents for All 4.